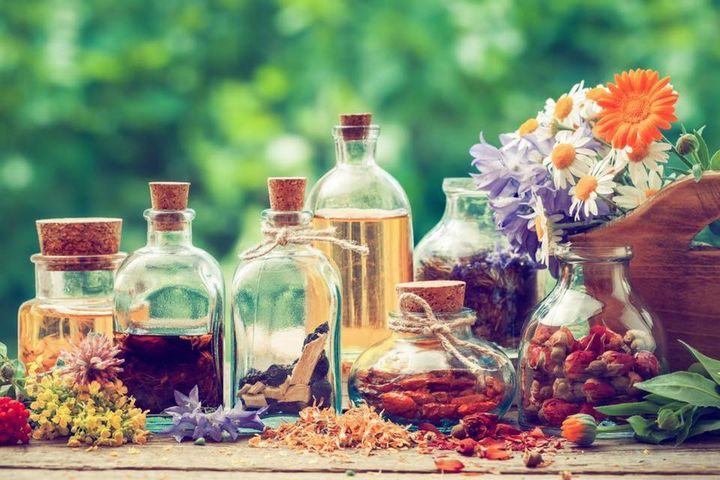 We are joined and led by Angie Porter, Herbalist and Integrative Pharmacist with over 30 years experience in the healthcare world. Angie will teach a 45 minute lesson on how to create a seasonal tincture for health and vitality foraged from naturally abundant plant materials found readily in spring. This lesson will be both live and recorded and shared for all registrants to either make during circle together or on your own time, anytime.

🌿Upon registration a list of materials, resources and zoom link will be provided via email. Please provide email on donation / registration on Eventbrite link below.
Stay tuned for free videos & live foraging demos during the weeks prior to Circle beginning March 20th.

In this exceptional experience & teaching, we will create together, share in ritual & meditation, move with ease in embodied breath practice & share what is in our hearts or simply listen.

This is place to learn, come be heard, grow with support and shed light on what’s calling you into being! Here we uplift & carry each others dreams & visions forward with loving communication & steadfast commitment to your highest self.
Here we gather to inspire & empower one another.

March Full Worm Moon
March’s full moon is commonly called the Full Worm Moon. This is because of the earthworms that wriggle out of the ground as the earth begins to thaw in March. Here’s a little known fact about March’s full moon: it was called the Worm Moon only by Southern Native American tribes. In fact, there’s no way the Northern tribes would have ever called it the Worm Moon – and the reason why is fascinating.
Essentially, earthworms did not exist in Northern America. It would be literally impossible for Northern tribes to see worms popping up in March. All the earthworms you see in Northern America today are invasive species brought in by colonists. These earthworms were brought over either out of a misguided intent to help fertilize the soil, or as an accident along with transported plants or the soil used for ballast in ships. Little did the colonists know that during the last ice age, glaciers had spread so far across Canada and the northern parts of the United States that all earthworms had been completely wiped out.
When the deep ice melted 12,000 years ago, the native forests in those areas grew back and adapted to the loss of earthworms. The growth of these forests became dependent on a layer of duff, which is a compost layer comprised of decomposing leaves and other rotting organic matter. If you ever visit one of these native forests, you will be asked to clean your shoes and make sure it’s free of earthworm eggs. That’s because while it’s normally harmless everywhere else, earthworms will aggressively destroy the native forest’s duff layer by eating right through it.
This is why in Northern American tribes such as the Shawnee tribe, the Worm Moon is called the Sap Moon instead, as a reminder for the tribes that they can begin tapping maple syrup. In general, March’s full moon is known as a herald for the beginning of spring and new agricultural cycles. The Anglo-Saxons even used the Worm Moon as a way to predict the state of their crops. They called it the Storm Moon if it was stormy, which was a sign that their crops would fail. But if it was dry, they called it the Rugged Moon, an indication of a bounteous harvest.
One of its other names is the Chaste Moon, symbolizing the purity of early spring. The Pueblo tribe named it the Moon When the Leaves Break Forth, while in Shoshone culture it was known as the Warming Moon. Sometimes it is called the Crow Moon, after the crows and other birds that appear as winter draws to a close. Other times, it’s called the Crust Moon, because of the snow that becomes crusty when it thaws in the sun and freezes in the moonlight.
In India, March’s full moon is also seen as a symbol of the arrival of spring, and coincides with the festival of Holi. This is a riotous party where Indian communities all around the world engage in a huge water fight. Everyone goes out into the streets and sprays each other with colored water and powders, singing and dancing with strangers and loved ones alike. Playing and feasting together is a chance for you to repair relationships that have gone bad, reaffirming your existing social bonds as you move forward together into the new year